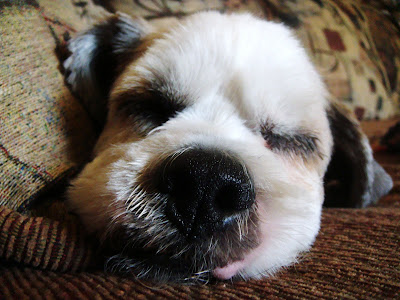 How can you not fall in love with this face?

You’ve guessed it, Ben and I decided to keep Oppenheimer. It’s hard to believe that this is the same dog I introduced to you earlier this week; he looks so different with a haircut and a bit of grooming. Being such a sweet dog, we didn’t want to see him go, so now he is officially part of our family, and we have named him Buster. Very fitting for the personality he has. 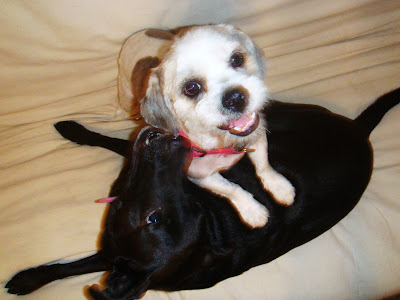 Buster and Halo having a late night wrestling match.

Halo has warmed up to having a brother and we found out today that they are very close in age, so we will be throwing a joint birthday party this coming weekend for both pups who will be turning 4 years old. Great timing right? 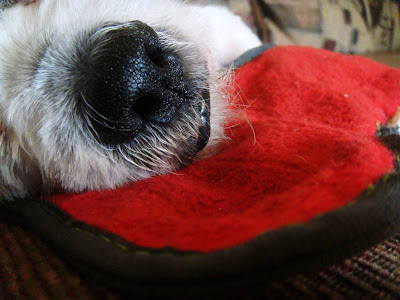 Buster asleep on one of his toys.

Fortunately, Buster only weighs about 20 pounds so the rambunctiousness of two dogs isn’t all that overwhelming, and the best part: I get to take pictures like this at the end of the day. 🙂